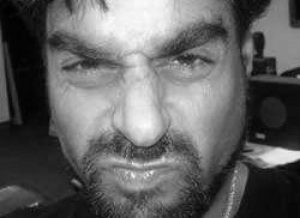 Erik Horvitz has a BA from Drexel University in Communications and teaches Digital Art. He has been working professionally on both audio and visual production for the past 25 years. In collaboration with Schoolly D, he created the music bed for the Cartoon Network’s Aqua Teen Hunger Force. He animates original cartoons and commercials, does promotional animation for musical groups, paints and does commercial web animation. His work has included Drexel’s recording studio website; flash music animation for the band Phish, Ropeadope Records, a subsidiary of Atlantic Records, NY; animated vignettes for the Grateful Dead website; and art direction for Sonic Focus, San Diego, CA.

Horvitz started painting in 2001 and has taken part in several group and independent exhibits. Besides painting and digital animation, he is involved in music and is a member of a Philadelphia band called Dynagrove, as a guitar player. He has been exhibiting works at music venues in the greater Philadelphia area because of his crossover interest in music and art. A review by James Saul for the Rox Times (2009) said, “A portrait of Abraham by Erik Horvitz . . . is no ordinary Lincoln; his perch is weird, austere psychedelia, with visions of a revitalized . . . music scene rattling around in his head.”